Secrets and lies shadow a woman on the run in the second novel in the No More trilogy by Amazon Charts and Wall Street Journal bestselling author Kerry Lonsdale.

Jenna Mason’s life seems perfect: a successful career as an animator, a town house near the beach, and an adoring son, Josh, whose artistic talent looks as promising as his mother’s. But there’s something nobody realizes about Jenna. She used to be Lily Carson, a young mother on the run from a secret no one must ever know.

After years of constantly relocating, Jenna concedes to her son’s request to settle down. He wants to make friends. He wants some stability. He wants to feel normal. She convinces herself they’re safe. Until a reporter discovers who Jenna really is, bringing her estranged father to her doorstep. When he threatens to expose her carefully fabricated life for the lie that it is, Jenna has no choice but to run again.

But just as she’s about to go off the grid, Josh disappears, forcing Jenna to seek out the one person she never thought she’d see again: Josh’s father.

What most of us authors enjoy: Reading. I also enjoy long walks, traveling, coffee with friends, wine tasting, and redecorating. Ha! This reads like the answer to a dating app.

Water, liquor, and sunscreen. Oh! Snacks, too. And a book. Add a bathing suit and beach towel while you’re at it. Maybe a satellite phone too.

Not this, that’s for sure. But the dream to write and be published was always there.

Everywhere. TV, the news, my neighbors… You. (I saw what you were doing last night.)

Do you have a manuscript(s) in your drawer? If so, will it ever see the light of day?

Yes, Kristen’s story. She’s a character from the Everything series. If it ever sees the light of day, and that’s a BIG if, it would be a prequel of sorts.

My editor. I write on deadline and use up all the time I have to write the first draft. He’s the first to lay eyes on it.

I’m not big into hindsight. But with that said, I’d structure my debut differently. The romance and mystery would stay, but I’d hype up the suspense. 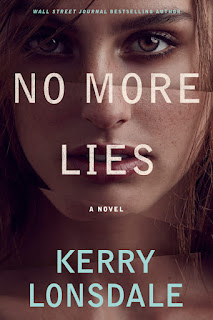 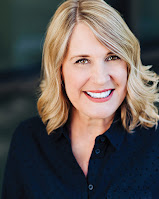 Posted by Jill Hannah Anderson at 7:39:00 AM
Email ThisBlogThis!Share to TwitterShare to FacebookShare to Pinterest