A MEASURE OF HAPPINESS, by author, LORRIE THOMSON (a belated book birthday!)

Happy book birthday, (a day late - sorry!) to A Measure of Happiness! This newbie is already getting wonderful praise.

Recommended as a Best Bet for August by Heroes and Heartbreakers (link: http://www.heroesandheartbreakers.com/blogs/2015/08/love-in-all-forms-women-fiction-best-bets-for-august-2015) and celebrated as a book to share with your girlfriends at Buzz Feed (Link:http://www.buzzfeed.com/andreakennedy/7-book-club-reads-to-share-with-your-girlfriends-nq4o#.iorm1958L )

A MEASURE OF HAPPINESS:
Katherine Lamontagne isn’t Celeste Barnes’s mother, but ever since Celeste graduated high school and her parents abandoned Hidden Harbor, Maine, she’s acted the part. At twenty-two, Celeste worked at Katherine’s bakery, and hoped to buy the business once Katherine took early retirement. But when Katherine reconsidered that decision, Celeste fled to culinary school in New York—only to return two months later, a shadow of the girl who’d stormed out the door.
Katherine knows the signs of secret heartbreak. Years ago, she gave up her baby son for adoption—a regret she’s never shared with either her ex-husband or Celeste. She longs for Celeste to confide in her now. But it will be a stranger in town—an engaging young wanderer named Zach Fitzgerald—who spurs them toward healing. As both women are drawn into Zach’s questioning heart, they also rediscover their own appetites for truth and for love—and gain the courage to face the past without being imprisoned by it.
Uplifting, emotionally rich, and deeply satisfying, A Measure of Happiness illuminates the nature of friendship, motherhood, hope—and the gifts of second chances. 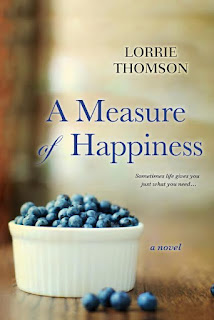 While not a sequel per se, my 2014 release, What’s Left Behind, takes place fifteen years after A Measure of Happiness,  in the same fictional town, and features connected characters.

WHAT'S LEFT BEHIND:
When the person you’ve built your whole life around is gone, what do you do? It’s not the first time Abby Stone has faced the question. At eighteen, she envisioned a future with her childhood sweetheart, Charlie, only to have him go off to school and leave a pregnant Abby behind. But that pales beside a second loss, when her eighteen-year-old son, Luke, falls to his death from his third-floor dorm.
Abby throws herself into running her thriving B&B on the coast of Maine. With the help of Rob, a local landscape architect, she plans a backyard labyrinth as a memorial to Luke—a place to find peace and solace. Even as Charlie begins hanging around again, looking for a chance to do right by her, Abby resolves to look forward, not back. And then Luke’s girlfriend arrives on Abby’s doorstep—pregnant, as alone as Abby once was—bringing with her the unexpected gift of a new beginning, one that celebrates the past.

Rich in emotion and insight, this beautifully written novel explores the depth of a mother’s bond, resilience after unimaginable loss, and the way love’s memory can fill the gaps in a shattered heart. 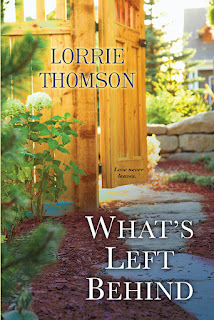 Equilibrium is my debut and therefore holds a special place in my heart. Kind of like going from part of a carefree couple to a first-time parent.

In the year since her husband died, Laura Klein’s world has shifted on its axis. It’s not just that she’s raising two children alone—fact is, Laura always did the parenting for both of them. But now her fifteen-year-old daughter, Darcy, is dating a boy with a fast car and faster hands, and thirteen-year-old Troy’s attitude has plummeted along with his voice. Just when she’s resigning herself to a life of worry and selfless support, her charismatic new tenant offers what Laura least expects: a second chance.

Darcy isn’t surprised her mom doesn’t understand her, though she never imagined her suddenly acting like a love-struck teen herself. With Troy starting to show signs of their father’s bipolar disorder, and her best friend increasingly secretive, Darcy turns to her new boyfriend, Nick, for support. Yet Nick has a troubled side of his own, forcing Darcy toward life-altering choices.
Exploring the effects of grief on both mother and daughter, Equilibrium is a thoughtful, resolutely uplifting novel about finding the balance between holding on and letting go, between knowing when to mourn and when to hope, and between the love we seek and the love we choose to give. 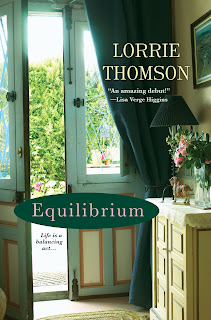 Lorrie’s Quick Bio:
Lorrie Thomson lives in New Hampshire with her husband and their children. When she’s not reading, writing, or hunting for collectibles, her family lets her tag along for camping adventures, daylong paddles, and hikes up 4,000 footers.
Visit Lorrie at her website. Connect with her on Twitter and Facebook. 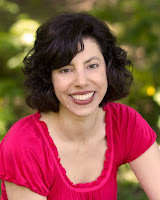 Posted by Jill Hannah Anderson at 6:39:00 AM No comments:
Email ThisBlogThis!Share to TwitterShare to FacebookShare to Pinterest

COME AWAY WITH ME, by author KARMA BROWN ~ debuts today!


Today I'm featuring a debut novel, something I hope to do more often (so feel free to let me know if you have a book debut on the horizon!)

One minute, 26-year-old Tegan Lawson has everything she could hope for, including an adoring husband, Gabe, and a baby on the way. The next, a patch of black ice causes a devastating accident and Tegan’s life is as shattered as the car they had to cut her out of.
With the loss of her baby and her unbearable anger towards Gabe, who was driving that night, Tegan is drowning in grief. After a handful of sleeping pills land her in the hospital, lucky to be alive, her family’s fear and Gabe’s commitment to fix things prompts Tegan to make a change. At Gabe’s suggestion, she agrees to travel to three destinations from their “life experiences” wish list. From culture-rich Thailand, to the flavors of Italy, to the ocean waves in Hawaii, Tegan and Gabe embark on a journey to escape the tragedy and to search for forgiveness.
But Tegan soon learns grief follows you no matter how far away you go, and that acceptance comes when you least expect it. When things take a shocking turn in Hawaii, Tegan is forced to face the truth — and she must decide if the life she has is the one she wants.
COME AWAY WITH ME is a heartbreaking and emotional story of one woman’s discovery that life is still worth living, even if it’s not the life you planned. 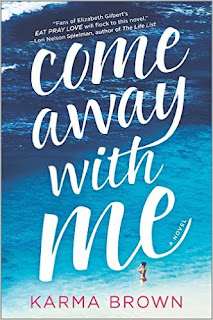 Karma has always loved the written word. As a kid she could usually be found with her face buried in a book, or writing stories about ice-skating elephants. Now that she’s (mostly) grown up, she’s an award-winning writer published in a variety of places, including Canadian Family, Best Health, Canadian Living and Chatelaine. She also writes commercial fiction, and is represented by Carolyn Forde at Westwood Creative Artists.
Posted by Jill Hannah Anderson at 6:29:00 AM No comments:
Email ThisBlogThis!Share to TwitterShare to FacebookShare to Pinterest 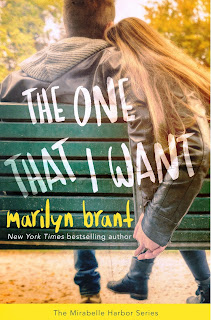 She is a New York Times & USA Today bestselling author of contemporary women’s fiction, romantic comedy & mystery. She was named the Author of the Year (2013) by the Illinois Association of Teachers of English. She loves all things Jane Austen, has a passion for Sherlock Holmes, is a travel addict and a music junkie, and lives on chocolate and gelato.
Posted by Jill Hannah Anderson at 6:26:00 AM 2 comments:
Email ThisBlogThis!Share to TwitterShare to FacebookShare to Pinterest
Newer Posts Older Posts Home
Subscribe to: Posts (Atom)