When an American woman inherits the wealth of her Taiwanese family, she travels to confront them about their betrayals of the past in this stunning debut by Lyn Liao Butler.

Lexa Thomas has never quite fit in. Having grown up in a family of blondes while more closely resembling Constance Wu, she's neither white enough nor Asian enough. Visiting her father in Taiwan as a child, Lexa thought she'd finally found a place where she belonged. But that was years ago, and even there, some never truly considered her to be a part of the family.

When her estranged father dies unexpectedly, leaving the fate of his Taiwanese family in Lexa's hands, she is faced with the choice to return to Taiwan and claim her place in her heritage . . . or leave her Taiwanese family to lose their home for good. Armed with the advice of two half-sisters (one American and the other Taiwanese, who can't stand each other), a mother who has reevaluated her sexuality, a man whose kisses make her walk into walls, and her self-deprecating humor, Lexa finds the courage to leave the comfort of New York City to finally confront the person who drove her away all those decades ago.

With fond memories of eating through food markets in Taiwan and forming a bond with a sister she never knew she had, Lexa unravels the truth of that last fateful summer and realizes she must stand up for herself and open her heart to forgiveness, or allow the repercussions of her family's choices to forever dictate the path of her life.

"The Tiger Mom's Tale is a heartfelt, delightful read. Lyn Liao Butler's story of Taiwanese and American identity had me turning pages and laughing (and drooling over the delicious descriptions of food)."—Charles Yu, author of Interior Chinatown, winner of the 2020 National Book Award

One of PopSugar's Best New Summer Books of 2021!

"Sharp and humorous, The Tiger Mom's Tale is a scenic, debut novel with a cast of complicated characters sure to bring laughter and discussion to your next book club. I can't wait to read what Lyn Liao Butler writes next!"—Tif Marcelo, USA Today Bestselling author of The Key to Happily Ever After

"Butler’s riveting debut follows a half-white personal trainer who reconnects with her Taiwanese family after her biological father’s death...Butler weaves in convincing descriptions of Lexa’s navigating of the dating scene and the fetishizing of Asian women, and depicts a fascinatingly complex antagonist in Pin-Yen, who by the end must contend with the effect of her past actions. Butler breathes zesty new life into women’s fiction."—Publishers Weekly, starred review

Tell us about yourself and how you started writing.

I used to dance professionally (ballet and modern) in NYC. When I moved to the suburbs, my friends wanted to know what I was doing, “up in the country.” So I started a blog to keep them posted, and those blog posts became the idea for my first book that I wrote in 2015. I had no writing background, hadn’t even taken a writing course except what was needed for school, so it was quite ambitious of me to think I could write a full-length novel.

From my life, the people I come in contact with and things I hear in the news. There’s a saying, Be careful of being friends with a writer. You never know if you will end up in their book. That is so true for me. I do get my ideas and inspirations from the people and things I see in life, but I always spin them in a way that most people wouldn’t recognize myself. For instance, I take a trait of someone, or something that happened, and I build a whole fictitious story around it. So even though I’m getting inspiration from the people and events in my life, it’s never about the people or events that sparked the idea.

Yes! I say this in every interview but Liane Moriarty is my all-time ultimate writing idol. I read her books during a very hard period in my life, when literally everything fell apart. I identified so much with her books, even though they were set in Australia and I live in New York. There’s something magical about her writing; I connected with the themes and feelings expressed in her book so much. I never thought I would be a writer. I’ve always been a voracious reader. But after reading Liane’s books, it inspired me to try writing, to see if I could help someone else with my writing. She is the reason I even thought to write a book, and I credit her with pushing me into this career that I never imagined I would do.

My debut and the following book are adult fiction. Because I’m so far ahead in my writing (book 3 is already written and book 4 is being plotted), I started writing YA. My agent encouraged me to try it since I can’t sell another adult book until my current publisher, Berkley, exercises my option. I pitched a YA idea to my agent and she loved it so much that I wrote 40,000 words of it in two and a half weeks. It’s lighter, more rom-com than my adult books, and I’m finding that I’m really enjoying tapping into my inner teenage self.

What was the most unique research you had to do for a book?

I like to go to the places where I set my books so that I can experience it firsthand. Most recently, I lived in Kauai for two months doing research for Book 3. For some reason, someone always dies in my books, and I was trying to figure out how a character was going to perish in Book 3. After hearing about the flooding that happens during bad storms, I thought that would be a natural way someone could die (yes, I know, kind of morbid to plot out a death). So I went around asking people, “If there was a bad storm and the Wailua River flooded, could someone who can’t swim be swept away and drown?” And when they said yes, I answered with, “Oh, good! Then that’s how she’s going to die!” Which earned me many strange looks as I tried to convince them I was a writer, really, and not someone plotting a murder.

To connect with Lyn:

Check out what's new in my etsy shop, Pinot by Lyn 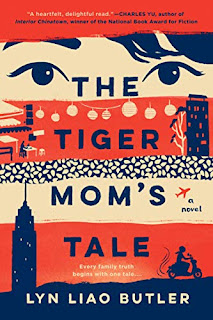 Posted by Jill Hannah Anderson at 7:59:00 AM No comments:
Email ThisBlogThis!Share to TwitterShare to FacebookShare to Pinterest
Newer Posts Older Posts Home
Subscribe to: Posts (Atom)