In the vein of Big Little Lies and Reconstructing Amelia comes an emotionally charged domestic suspense novel about a mother unraveling the truth behind how her daughter became brain dead. And pregnant.
A search for the truth. A lifetime of lies.
In the small hours of the morning, Abi Knight is startled awake by the phone call no mother ever wants to get: her teenage daughter Olivia has fallen off a bridge. Not only is Olivia brain dead, she’s pregnant and must remain on life support to keep her baby alive. And then Abi sees the angry bruises circling Olivia’s wrists.When the police unexpectedly rule Olivia’s fall an accident, Abi decides to find out what really happened that night. Heartbroken and grieving, she unravels the threads of her daughter’s life. Was Olivia’s fall an accident? Or something far more sinister?Christina McDonald weaves a suspenseful and heartwrenching tale of hidden relationships, devastating lies, and the power of a mother’s love. With flashbacks of Olivia’s own resolve to uncover family secrets, this taut and emotional novel asks: how well do you know your children? And how well do they know you?

Tell us a little bit about yourself, and how you started writing.
I’m the author of The Night Olivia Fell and I think I’ve always been a storyteller. From as soon as I could hold a crayon I wrote silly stories and fairy tales for my sisters. In college, I decided to be a journalist because it was a type of writing I felt I could make a career out of. Later, when I had kids and needed more predictable hours, I moved into copywriting, so I was still writing. But I always wanted to write a novel.

What are some things you enjoy when not writing?
When I’m not writing I love reading (I’m a total bookworm!), hiking, lifting weights at the gym, long walks with my golden retriever (her name’s Tango!), and spending time with my husband and our two boys.

Do you have a ‘day job’ as well?
I’ve recently given up my day job to focus on being a full-time writer. It took me a long time to give myself permission to do this, but I found a full-time copywriting job, full-time writing and full-time mom-ing was too much and I needed to re-prioritize my life. My family and writing are my priority, so I chose those!

Where do you get your ideas?
I usually get my ideas from a news article I’ve read that’s really touched me in some way. The idea for The Night Olivia Fell came when I read a news story about a 13-year old girl in California named Jahi McMath. She had gone into surgery to have her tonsils removed, suffered massive blood loss, and ultimately was declared brain dead. I had a new baby at the time and I looked at my baby utterly horrified and ached for Jahi’s mother. I couldn’t get the story out of my head, and from that the first seeds of The Night Olivia Fell were planted.

Is there a particular author or book that influenced or inspired your writing or decision to write?
Anything by Jodi Picoult, Heather Gudenkauf or Mary Kubica has definitely inspired me to write. They are all such talented authors!

Can you tell us about your challenges in getting your first book published?
So many challenges! I sat down to write my first full manuscript (not The Night Olivia Fell!) in January 2011 and started sending out requests to agents that summer. There were a lot of rejections. I stopped counting after 51. But after each one I edited and fine-tuned, edited some more and then sent out to more agents. And in December of 2011, my dreams came true – I was offered representation by an agent.

My book had been on offer for about a month when my agent called to say that no publishers had bought it. They all said basically the same thing: I could write well but it just wasn’t marketable enough. You know what they say – the higher you fly the harder you fall. And I crashed. I was completely devastated.

My agent assured me she’d help me with the second novel and we’d try again. So I wrote another book, but my agent didn’t like it. It was getting harder and harder to get in contact with her, so we agreed to go our separate ways. I really had to take stock at that stage and decide if I really wanted to be an author or if it was a pipe dream. I was working full time and I had kids, so free time to write was pretty limited and very precious. But I couldn’t give up writing. It’s something that’s in me, whether I’m published or not. So I sat down and wrote a third book. That book was The Night Olivia Fell.

How do you market your work?
I have an email list and an author Facebook page I use to reach out to readers and do giveaways and interviews for other authors. I think it’s a great way to stay connected to readers.

What are you working on now?
Yes! Book 2 is tentatively called All That Is Broken, and it’s about a woman who wakes in the hospital after being struck by lightning and she can’t remember if she murdered her mother.

Is anything in your book based on real life experiences?
I think all authors put a little bit of themselves into each book. The Night Olivia Fell overall is not based on any of my real life experiences, but there are little pieces of myself scattered around in there. The layout of the high school Olivia goes to, for example, is very much based on my own high school. The idea for Abi’s background where she was abandoned by her mother came about because I had a boyfriend whose mother dropped him and his brother off at his father’s house when he was three and then disappeared. That sort of abandonment is huge for a young child, and I wanted to explore it more through Abi’s experiences.

Do you have a favorite chapter or scene?
Oh, the last one where Abi is saying goodbye to Olivia for sure! I wrote this scene before the rest of the book because it was so vivid in my mind, and I’m not going to lie – I cried as I was writing it! My dad died shortly before I sat down to write The Night Olivia Fell and it felt so unexpected and overwhelming and unreal – death is always like that, I know, but I think because I didn’t get to say goodbye, it was even more difficult. I think in writing that final goodbye scene I was possibly re-writing the goodbye I wanted to say to my dad.

Do you have any advice for aspiring writers?
Three tips:
1) Don’t give up! It sounds so trite, but it’s really true. You only fail if you don’t keep going. Becoming a published author is a seriously long game and every step can take years and years. Just live your life and collect your experiences and put them into your writing, and if you don’t give up, one day you’ll make it.

2) Know your genre and learn the beats of that genre. My first book was sort of women’s fiction but it was trying to be a mystery and I got the beats all wrong. Only now can I look back and see that was a huge mistake. Know the beats for your genre and twist them so they’re a new surprise.

3) Choose the right agent for you. You need to have a good vibe and know your agent has your back and will work for you. A bad agent who isn’t really interested in you and your career other than to make a few bucks can set you back by years. Seriously. You should never have to pay an agent any fees up front (you pay a percentage once you’ve signed a book deal).

What are the downfalls of your writing career? The best parts?
It can be hugely isolating writing alone all day. My family are in America and my husband and kids and I are in London, so we don’t have a lot of support around, which is also hard. But the best part is I get to make my own hours and be there to pick my kids up from school and watch their concerts and sports games. I’m really grateful for that sort of flexibility. Plus I get to write, which is my dream come true!

Place you’d like to travel?
I really want to go to Vietnam, Cambodia, and Thailand. I also want to explore Costa Rica and parts of South America. I’m just waiting for my kids to be just a little bit older so they’ll remember and enjoy it.

Is there anything you’d like to say to your readers and fans?
Thank you so much! Being an author is my dream come true, and I know it wouldn’t be possible without the support of my readers. Their kind words and wonderful reviews have meant the world to me!

To connect with Christina ~

Bio: Christina McDonald is an author, journalist, and copywriter, and has worked for companies such as The Sunday Times, Dublin, The Connacht Tribune, Galway, Expedia, USA TODAY, Travelex, and Pearson Publishing. Originally from Seattle, WA, she holds an MA in Journalism from the National University of Ireland Galway and now lives in London, England. 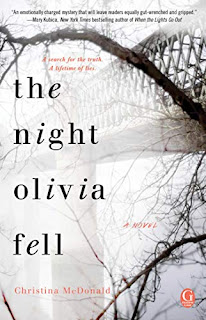 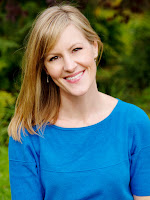