THE LIFE SHE WAS GIVEN, by author, ELLEN MARIE WISEMAN

FROM A CIRCUS FREAK SHOW TO A 1950’s HORSE FARM, TERRIBLE SECRETS CONNECT THE EXTRAORDINARY LIVES OF TWO VERY DIFFERENT 20th CENTURY WOMEN IN FOURTH NOVEL BY ACCLAIMED AUTHOR – THE LIFE SHE WAS GIVEN

On a summer evening in 1931, Lilly Blackwood glimpses circus lights from the grimy window of her attic bedroom. Lilly isn’t allowed to explore the meadows around Blackwood Manor. She’s never even ventured beyond her narrow room. Momma insists it’s for Lilly’s own protection, that people would be afraid if they saw her. But on this unforgettable night, Lilly is taken outside for the first time—and sold to the circus sideshow.
More than two decades later, nineteen-year-old Julia Blackwood has inherited her parents’ estate and horse farm. For Julia, home was an unhappy place full of strict rules and forbidden rooms, and she hopes that returning might erase those painful memories. Instead, she becomes immersed in a mystery involving a hidden attic room and photos of circus scenes featuring a striking young girl.
At first, The Barlow Brothers’ Circus is just another prison for Lilly. But in this rag-tag, sometimes brutal world, Lilly discovers strength, friendship, and a rare affinity for animals. Soon, thanks to elephants Pepper and JoJo and their handler, Cole, Lilly is no longer a sideshow spectacle but the circus’s biggest attraction. . .until tragedy and cruelty collide. It will fall to Julia to learn the truth about Lilly’s fate and her family’s shocking betrayal, and find a way to make Blackwood Manor into a place of healing at last.
Moving between Julia and Lilly’s stories, Ellen Marie Wiseman portrays two extraordinary, very different women in a novel that, while tender and heartbreaking, offers moments of joy and indomitable hope.

Named a Goodreads Best Books of The Month for July~

The Life She was Given is a vibrant maze of desires. The sharp divide between expectations and painfultruths, mothers and daughters, past and present, culminate in a sensational finale.” – ForeWord Reviews on The Life She Was Given

"Switching back and forth in time and narration from Lilly to Julia, Wiseman (The Plum Tree) has crafted a can’t-put-it-down novel of family secrets involving two young girls who only seek to be loved. VERDICT Perfect for book clubs and readers who admired Sara Gruen’s Like Water for Elephants." —starred review LIBRARY JOURNAL

1) Your second novel, What She Left Behind, was a big word-of-mouth success. What do you think the readers who loved that novel will enjoy in The Life She Was Given?

I think what drew readers to WHAT SHE LEFT BEHIND was the inside look into life inside an insane asylum, and the need to find out what happened to the young woman, Clara, who, despite being sane, was sent to an asylum against her will. Asylums have always fascinated a lot of people, and reading about the disturbing things that happened within their walls is a safe way to satisfy their curiosity of the different, frightening, and unknown. Readers of THE LIFE SHE WAS GIVEN will also have the chance to explore the unknown while discovering what it might have been like to be hidden away in an attic bedroom, with a glimpse behind the lurid curtain of circus life when the main character, Lilly, is taken out the attic for the first time and sold to the owner of a freak show.

2) The story closely and compassionately follows the trials and travails of animals--elephants, horses.  Do you have a personal relationship to these kinds of animals?

I have lifelong love of all animals, and tremendous empathy when I see them suffering. Whenever one of those sad animal commercials come on, my husband immediately changes the channel because they always make me cry. As a child, I carried around an empty dog leash and curled up on a blanket outside with the neighbor’s dog because I didn’t have a pet of my own. (Luckily my parents took notice and adopted a beagle puppy) I first became aware of the plight of circus animals at eight years old, when my family attended a small circus in the Adirondacks. There was one lonesome-looking elephant named Rosie, and I remember her lifting a woman in red tights with her trunk, then spinning around in circles. Part of me wanted to be that woman more than anything, to be able to touch and be friends with that elephant. The other part of me felt an overwhelming sadness radiating from Rosie, and I started crying and had to leave. But much to my good fortune, I do have a personal relationship with horses. Growing up I always wanted my own horse, but I didn’t get one until I was thirty years old. She was a beautiful black mare named Samantha. One horse quickly turned into seven, plus a few goats, chickens, rabbits, geese, ducks, cats, and numerous rescue dogs thrown in for good measure.

3) Do you have a favorite chapter or scene?

I think my favorite chapter in THE LIFE SHE WAS GIVEN is the first one, when Lilly sees the traveling circus out her attic window and her mother takes her out of her room for the first time. Or maybe it’s the one where Lilly makes her first appearance in the freak show. It’s too hard to decide! I also like the scene where Lilly & Cole sneak the elephants out of their tent in the middle of the night to take them swimming in a farm pond. I wanted to be Lilly in that one!

No I don’t, unless you count mother, daughter, wife, grandma, housekeeper, family event planner, chief dog walker, and head chef as a ‘day job! Seriously though, if I had another job I’d never make my book deadlines on top of the business/promo/marketing end of being a published author. I’d have to give up sleep. My hat is certainly off to anyone who can handle both!

5) What are you working on now?

I’m working on my fifth novel, which is set in the Philadelphia tenements during the Spanish Influenza, the most lethal pandemic the world has ever know. It follows a young girl who, after discovering her mother has passed away, becomes determined to take care of her twin baby brothers until her father returns from the war. Eventually she must leave the apartment to search the quarantined city for food, so she puts her brothers in a bedroom cubby to keep them safe. But when she comes back, they’re gone.

6) Is there anything you’d like to say to your readers and fans?

Oh my, where to begin? I have the best readers and fans ever, and I truly appreciate each and every one of you! Thank you for encouraging me, for cheering me on, for asking questions, and for being excited about my journey. Thank you for reading my books, for leaving reviews on Amazon and Goodreads, and for spreading the word about my work. I wouldn't be here without your support!

Ellen Marie Wiseman
Internationally Published Bestselling Author of THE PLUM TREE,
WHAT SHE LEFT BEHIND, COAL RIVER and
THE LIFE SHE WAS GIVEN (July 2017)
ellenmariewiseman@gmail.com
www.ellenmariewiseman.com 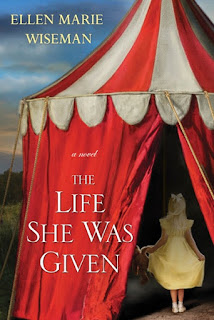 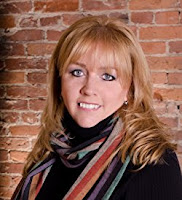 Posted by Jill Hannah Anderson at 6:21:00 AM No comments:
Email ThisBlogThis!Share to TwitterShare to FacebookShare to Pinterest
Newer Posts Older Posts Home
Subscribe to: Posts (Atom)