Dexter meets Mr. and Mrs. Smith in this wildly compulsive debut thriller about a couple whose fifteen-year marriage has finally gotten too interesting...
Our love story is simple. I met a gorgeous woman. We fell in love. We had kids. We moved to the suburbs. We told each other our biggest dreams and our darkest secrets. And then we got bored.We look like a normal couple. We're your neighbors, the parents of your kid's friend, the acquaintances you keep meaning to get dinner with.We all have our secrets to keeping a marriage alive.Ours just happens to be getting away with murder.

#1 Library Reads, IndieNext, and Amazon Best of the Month in Thriller!
"A dark and irresistible debut."—People
“The thriller we’re most excited to stay up with all night.”—Entertainment Weekly

“Side effects of reading this include sleepless nights, and awkward looks from strangers on the subway due to your horrified expression.”—Cosmopolitan

“Will shock even the savviest suspense readers.”—Real Simple

“A new twist on the genre.”—Refinery29

“If you read one book this year, make it My Lovely Wife.”—Betches
“Wow! My Lovely Wife is a stunner—full of twists, well-drawn characters, and riveting suspense.”—Harlan Coben, #1 New York Times bestselling author

I’m originally from California and now live in New Orleans. My writing began as a natural extension of being such a big reader. I started with short stories, moved to novels, and I’ve been writing steadily for years now.

I do, I’ve been working since I was a teenager and I’ve had a salaried job throughout my entire adult life. It’s hard to imagine life without one – or without benefits! Becoming self-employed is a big, big leap.

Anywhere, honestly. I can be inspired by a person, a TV show, a movie, or a real-life crime. I like to twist things around into something new.
If you had to go back and do it all over, is there any aspect of your novel or getting it published that you’d change?

Yes and no. I’ve written novels before this one and I had no idea this would be the first one to get published. If I had known, maybe I would have revised it a few more times or changed a few things. Other times I think it worked out just perfectly. Sometimes, ignorance is best!

Another thriller! Hopefully as disturbing as this one.

The family life scenes, yes. A lot of the conversations and family drama are things I have seen or experienced. But the murders? No, not that!

I don’t want to give too much away, but there is a scene when Millicent and her husband climb a tree. It’s early in their relationship and it says a lot about them as a couple.

Concentrate on becoming the best writer you can be. I’ve been in a writer’s group for a few years now, and many writers concentrate more on the business of writing rather than the craft. I believe the reverse is better.

The downfall is the deadlines! I’m still getting used to them. But the best parts far outweigh the downfalls – being a published writer, seeing your book in book stores, knowing that people outside your family are reading it!

I would love to see China, Japan, and New Zealand. Basically the other side of the planet.

Thank you very much for reading and I really, really hope you enjoy it! 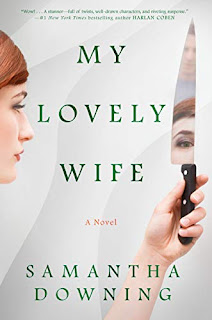 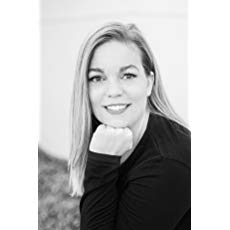