Set against the dazzling backdrop of Golden Age Hollywood, Platinum Doll tells the enchanting story of Jean Harlow, one of the most iconic stars in the history of film.

It's the Roaring Twenties and seventeen-year-old Harlean Carpenter McGrew has run off to Beverly Hills. She's chasing a dream—to escape her small, Midwestern life and see her name in lights. In California, Harlean has everything a girl could want—a rich husband, glamorous parties, socialite friends—except an outlet for her talent. But everything changes when a dare pushes her to embrace her true ambition—to be an actress on the silver screen.

With her timeless beauty and striking shade of platinum-blond hair, Harlean becomes Jean Harlow. And as she's thrust into the limelight, Jean learns that this new world of opportunity comes with its own set of burdens. Torn between her family and her passion to perform, Jean is forced to confront the difficult truth—that fame comes at a price, if only she's willing to pay it.

Featuring a glittering cast of ingénues and Hollywood titans—Clara Bow, Clark Gable, Laurel and Hardy, Howard Hughes—Platinum Doll introduces us to the star who would shine brighter than them all.

“A fascinating, page-turning, behind-the-scenes look at what it took to be a celebrity in early Hollywood.”
—   Lynn Cullen, bestselling author of Mrs. Poe and Twain’s End

“An engrossing look at a Hollywood icon. I couldn’t put it down.”
—   Karleen Koen, New York Times bestselling author of Through A Glass Darkly

Diane Haeger, who currently writes under the pen name Anne Girard (Madame Picasso), holds a Master’s Degree in Clinical Psychology from Pepperdine University, and a Bachelor’s Degree in English Literature from UCLA. A chance meeting with the famed author Irving Stone 25 years ago sharply focused her ambition to tell great stories from history, and write them only after detailed research and extensive travel to the place her character lived. That determination has provided a fascinating journey that has taken her from the halls of Chenonceaux, to a private interview with one of Pablo Picasso's last surviving friends, and most recently an invitation inside Jean Harlow's home.

Since the publication of her acclaimed first novel, Courtesan, in 1993, a novel that remains in print today, her work has been translated into 18 different languages, bringing her international success and award-winning status.

Platinum Doll, a novel about Jean Harlow, is her 15th book. She lives in Southern California with her husband and family.

I’ve been writing for 25 years. I sold my first novel, Courtesan, in 1993 and have been telling true love stories from history ever since. I always wrote growing up, and my bachelor’s degree is in English literature, but I never thought I could actually make a career of it early on. What started me writing professionally was finding the amazing true story of Diane de Poitiers and the young prince she captivated for more than a quarter century during the French Renaissance. When I realized, at the time, that the story was not well known in America, I became driven to be the one to tell it. After four years, here and in France, researching and writing, I’m proud to say I sold it to Simon & Schuster. That book really was a great labor of love.

My family and I travel quite a lot, which we really embrace, so it really has become a hobby. Both of my children grew up going everywhere with us to research my books; France, Spain, Italy, England and Scotland. It’s only now that they are grown they are looking back at all the places they have been and wishing they had complained less, and that they could remember more! I also enjoy cooking—usually French recipes, and of course number one is, I love to read!

I do a lot of reading and searching for historical characters in my leisure time. I am most attracted to misunderstood characters in history, or their misunderstood relationships. I guess I think of myself as a bit of a champion for them, and it’s not only a challenge—but a privilege—to me not only to bring their stories hopefully to a new audience, but in some cases to make people think about the way they have previously perceived them.

I love this question! Yes, there are two. First, many years ago, when I had just begun writing Courtesan, and I really had no idea at all about how to do that, or sell it, assuming I even finished, I was privileged to meet the iconic author Irving Stone, who wrote the classic The Agony and the Ecstasy, about the artist Michelangelo. The advice he gave me about how to bring characters from history to life, and how to go about researching them to make them authentic, has stayed with me. The second is the author Karleen Koen. Her historical novel Through A Glass Darkly, while not based on real characters, was so realistic and compelling that when I was beginning, I really idolized her and was even more driven to try my best to tell a story that was as sweeping and memorable.

The biggest challenge for me, I think, was being an unknown, and writing the story of my heart, which was a novel that did not have an obvious path toward publication. My editor at the time told me after she bought it that she had not wanted to buy it, since it was set in the French Renaissance, and she didn’t think that was a sellable setting for a novel, but after she’d read it she ‘had to buy it’. Not a ringing endorsement to a new author’s ears, believe me! I’m happy to say, however, that after 22 years, Courtesan is still in print, has been translated into several languages and, of my 14, it is the one readers most often say they remember.

Is anything in your new book, Platinum Doll, based on real life experiences?

Not my life, but yes, the book is based on the life of Hollywood icon Jean Harlow. It’s about her as a young girl first arriving in Hollywood full of idealistic hope, her fragile teenage marriage at the time, the choices she makes regarding that, and what happens as she first finds fame as the original blonde bombshell. Hers is a story that I don’t think a lot of readers know, or would even guess at. I also loved discovering that Jean Harlow was an idol for a future famous blonde… Marilyn Monroe who, when she was starting out in Hollywood, wanted to be just like her.

I do love the scene where Harlow is first discovered at a Hollywood studio. It is a true story and, unbelievably, she really was sitting waiting for a friend to finish an audition when several casting agents approached her, not the other way around. She was actually wary of the movie industry after her mother—the first Jean Harlow—had tried and failed to become a star herself. But Harlow was just naïve and fresh-faced enough to make her natural sex appeal less threatening to female moviegoers and a draw for men. She was also funny, smart and very charismatic on film. But she paid a high price for her swift rise to fame.

My favorite piece of advice, the one I got from an author when I was starting out, was in regard to the first draft. Many new writers get stuck on trying so hard to make it perfect that they give up and never even finish, or even see a second draft. I never forgot what I was told: The purpose of the first draft is not to get it right—it’s to get it written. You can’t edit or improve something that isn’t there on the page. I still love that and think of it often!

I would have to say that one downfall (or perhaps a more accurate word for it in my case is “challenge”) is that, for a historical novelist, it is not a 9 to 5 job. There is the endless research, writing, editing, more editing and then the marketing. If I could just learn how to do without sleep, I think I’d be pretty good at juggling it all! As to the best parts, there is the idea of doing something that I love, and which I am passionate about. Trying to bring those historical characters to life for a new audience, and hopefully to bring some empathy for parts of their lives that might have been misunderstood, is infinitely rewarding.

Is there anything you would like to say to your readers and fans?

I am so privileged, and humbled, to have so many of you who kindly followed my earlier Diane Haeger novels, give the books under my Anne Girard pen name a read, and tell me about it. I love hearing from everyone, and it’s always a thrill to know that a reader took the time to reach out, either via email or social media. I hope you will all have a look at Platinum Doll and let me know what you think!

Thank you, Anne, for taking the time to share a bit about your book and writing life! 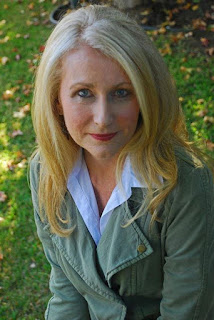 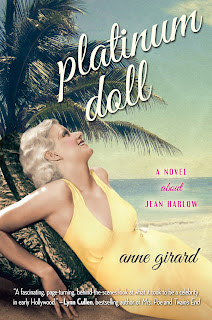