AN ENEMY LIKE ME, by author TERI M. BROWN (book debuts January 24th!)

How does a man show his love - for country, for heritage, for family - during a war that sets the three at odds?

What sets in motion the necessity to choose one over the other? How will this choice change everything and everyone he loves?

Jacob Miller, a first-generation American, grew up in New Berlin, a small German immigrant town in Ohio where he endured the Great Depression, met his wife and started a family. Though his early years were not easy, Jacob believes he is headed toward his 'happily ever after' until a friend is sent to an internment camp for enemy combatants, and the war lands resolutely on his doorstep.

In An Enemy Like Me, Teri M. Brown uses the backdrop of World War II to show the angst experienced by Jacob, his wife, and his four-year-old son as he leaves for and fights in a war he did not create. She explores the concepts of xenophobia, intrafamily dynamics, and the recognition that war is not won and lost by nations but by ordinary men and women and the families who support them.

Reviews ~
BookLife Reviews Says: The pro-Nazi Volksbund movement, its anti-German backlash, and the anxiety it induced in German Americans is seldom addressed in popular literature—and Brown's depiction of a unique angst within a much-chronicled American era sets this novel apart.
Feathered Quill Says: An Enemy Like Me is a tremendous read that showcases the indelible mark the many facets and effects war leaves on the human spirit.Independent Book Review Says: The power of Brown's writing is such that she makes us all feel how we did when we were left all alone to figure out life and its hardships, whether in a foreign place or in a place that once felt like home but now feels like anything but.
Author interview with Teri ~
Tell us a little about yourself and how you started writing.

As a child, I said I wanted to be a writer, but I also wanted to be a brain surgeon and an Olympic ice skater. So, I feel like those were just childhood fantasies. As a teenager, I wrote the typical romantic angst poetry and dabbled with a few short stories, but I never saw writing as an actual career. It certainly was not something to go to college for. My parents felt that writer was synonymous with “starving artist waitress.”

However, when my children were young, I wanted to be a stay-at-home mom, but we needed a second income. I began writing for small businesses. I found that these business owners had great ideas but didn’t know how to get them down on paper. I spent 17 years writing non-fiction business-related materials, but somewhere deep inside, I wanted to try my hand at writing fiction.

Unfortunately, I was in a second marriage, and my husband was emotionally abusive. I didn’t believe in myself and was told, repeatedly, that just because I could write nonfiction didn’t mean I could write fiction. As soon as I got out of that relationship, I began to write.

The first manuscript will likely never see the light of day, but it showed me that I had what it took to write 50,000 words with a beginning, middle, and end. As one of my children said, “It had good bones.” It gave me the courage to try a second, then a third. My fourth and fifth manuscripts became my debut novel, Sunflowers Beneath the Snow, and now my second release, An Enemy Like Me.

Do you have a particular writing routine?

This question used to worry me because the answer is no. I figured if I didn’t write every single day, like James Patterson, then I must be doing something wrong. However, I’ve come to realize that whatever works for me is the right way to write!

I’m a pantster. This means that I write by the seat of my pants without an outline. I let my characters tell me what is going to happen next. I listen to what they have to say and, remarkably, the book comes together and makes sense!

However, I go one step further and call myself a binge pantster. I tend to write furiously for several days – often forgetting to do the laundry or cook meals – and then, I may not write again for several weeks. I wrote the first draft of An Enemy Like Me during a two-week writer’s retreat.

Is there anything major that changed in this novel from when you first plotted it out?

As a pantster, I don’t plot out the novel. However, there are significant changes between the first draft and the final draft. I started the book in a different spot – using a flashback scene to set the action. I also initially had three chapters that were the same scene but from different character viewpoints. That slowed the story down, so I made significant changes to those chapters.

When I went to college, I got two majors and two minors. I have a degree in Elementary Education and another in psychology. I have a minor in math and sociology. I had no idea what I wanted to do, so I just kept taking classes. I realized that I didn’t want to be a teacher while completing my student teaching portion of the degree, but I had no idea what else I might consider.

In the end, I worked at a bank for a couple of years and at a daycare center once my son was born so that I could be with him. Then, I became a stay-at-home homeschool mom while writing for small businesses. Finally, I became an author.

Despite being a desk jockey, I wanted to have a big adventure – something that would prove to me and to others that I still had a lot of life left in me. So, when I married my husband, Bruce, in 2019, we decided to ride across the country on a tandem bicycle.

In 2020, we successfully rode 3102 miles from the coast of Oregon to Washington DC raising $34,000 for Toys for Tots. Every child that asked for a bicycle through the program in our campaign area got one and every organization that asked for help got what it needed.

Not only that, but the ride significantly changed me. I came away with a healed heart and a sure knowledge that I could do anything I put my mind to. It was that ride that gave me the courage to get Sunflowers Beneath the Snow published.

What was the original title of this book?

When I sent the manuscript to my publisher, I liked An Enemy Like Me, but also sent them the alternative of “A Heart Divided.”

What inspired this book plot?

My grandfather fought in WWII in Germany. Our family is of German heritage. Although we had lived in the US for generations before the war, my grandfather said something to me when I was a teenager that always stuck with me. He said, “I always wondered if the person on the other side of my gun was a cousin.” It was this idea that inspired the book’s plot.

I have a couple of people that get to read the manuscript, often before it is completely ready – my husband and my oldest daughter, Kimberly. I also have a friend who is an avid historical fiction reader who beta reads for me and helps me see if there are any holes in the plot.

I don’t want to give away anything, so I’ll be a bit cryptic. However, there is a point when William, the son of the soldier, discovers how his father really felt about leaving for the war. Even though I wrote it, it still makes me cry.

It’s as hard for me to pick a favorite character as it would be to pick a favorite child! Because the three main characters are loosely based on my grandfather, grandmother, and father, I would have to say that I love them all! However, I did enjoy the challenge of writing from the point of view of a four-year-old boy.

I’m working on a book about an NC woman who lives in the Appalachian Mountains during the late 1800s. She is a healer. The book explores NC mountain folklore and folk medicine through three generations of women healers. It also looks at how modern medicine changed the landscape of healing, and how people adapt to such changes.

I have learned that to be an author, you have to do more than write. Although writing is essential, an author also has to market their work – and to market, an author has to believe that what they have is valuable. So, my advice would be to come to understand that what you’ve written has worth, and then take that understanding with you as you learn how to market. By all means, don’t do what I did the first time and wait to begin the marketing process until after the book launches!

To connect with Teri ~ 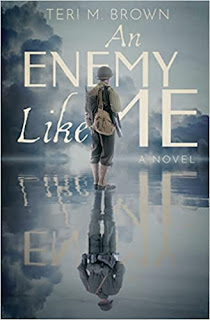 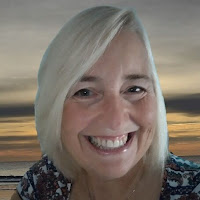 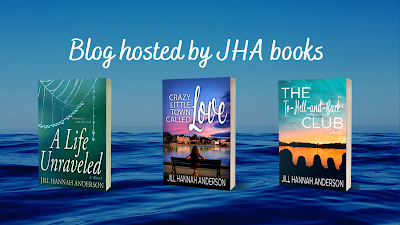 Posted by Jill Hannah Anderson at 7:52:00 AM
Email ThisBlogThis!Share to TwitterShare to FacebookShare to Pinterest