In the aftermath of her husband’s life-altering mistake, Tiana Williams grapples with lingering resentment while working full-time and raising their toddler. But when Jay becomes a person of interest in the kidnapping of ten-year-old Zoe Miller, Tiana is torn between trusting her husband and believing the growing pile of evidence. After she gets dragged further into the mystery and discovers her connection to the missing girl, the shaky ground beneath her crumbles.

With the odds stacked against him, Jay does everything in his power to prove his innocence. Racing against the clock, he must uncover the truth about Zoe’s kidnapping before he loses everything he loves—including his freedom.

During a sweltering heat wave and a raging California wildfire, Tiana and Jay will stop at nothing to find Zoe, even if it means tearing apart their marriage and risking their own lives in the process.

"Explosive and filled with drama, Last Place Seen reads like a bingeable crime series, with secret lives, a kidnapping, misdirection, and enough family conflict to spark a wildfire." ~ Jennifer Klepper, USA Today Bestselling Author "Author Alessandra Harris doesn't miss a single trick in filling the narrative with tension, intrigue, and well-timed explosive developments, her sense of pacing underscoring the outstanding narrative throughout. The prose and descriptive writing set the book head and shoulders above other works in the genre, effectively using the sweltering Californian heat to add to the atmosphere and create a pressure cooker for the characters in which anything could happen at any moment." ~ Reader's Favorite"Alessandra Harris offers readers a first-rate thriller that wrestles with controversial issues and comes off victorious by means of an exceptionally well-structured storyline with some stunning twists... Sublime, compelling, nuanced, and wholly entertaining, Last Place Seen is an absolute must-read!" ~ Indies Today"...the pages fly by with major revelations and marital and family crises..." ~ Kirkus Reviews

In 2007, I became a freelance writer for a San Francisco Bay Area publication geared toward the African American community named City Flight. I wrote feature essays, interviews, and event reviews. A couple years later my dad gave me three novels for Christmas, and he said I should write one. I told him I write nonfiction, but after reading the books, an idea for my first novel began to brew in my mind. In 2010, I joined a Intro to Creative Writing Class through my local adult education center. I also took a good number of online writing classes regarding craft. By 2014, I had completed my first novel, which would become my debut Blaming the Wind.

I have a husband and four kids, so I enjoy spending time with them, attending their sporting and school events, reading, and hanging out with friends and family.

Finish this: “I can’t write without…” Coffee (of course :)

When I was in junior high, I told people I wanted to be a talk show host like Oprah Winfrey. I grew up in the 80s and 90s during the heyday of talk shows like Oprah, Sally Jesse Raphael, Geraldo Rivero, Montell Williams. During the summer, I would stay up until 2am watching reruns of the days shows.

I grew up playing chess, and in 7th grade, I won my school's chess tournament and was the Grandmaster. It was short lived because I lost in the championship game in eighth grade. The junior high teacher organizing the chess tournament talked about how great the game is and it is a lifelong skill to play. It came in handy because when my husband and I were dating, we would play chess on our dates! I still love chess and had a lot of fun watching The Queens Gambit on Netflix.

I'm working on my first non-fiction book that is under contract with a Catholic publisher, Orbis Books. IT will examine the history and current manifestation of anti-Black racism in the United States from slavery to Jim Crow segregation to mass incarceration in the light of Christian teaching and the gospel message of justice and liberation. It has been a steep learning curve to research and write this book, but I am excited about the project.

To connect with Alessandra: 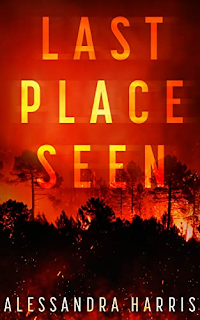 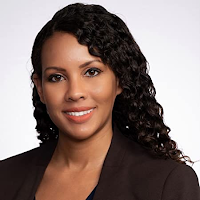 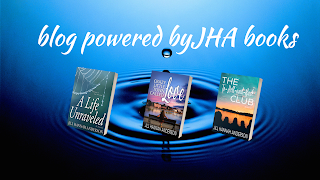 Posted by Jill Hannah Anderson at 4:33:00 PM
Email ThisBlogThis!Share to TwitterShare to FacebookShare to Pinterest