New York Times bestselling author Diane Chamberlain delivers a thrilling, mind-bending novel about one mother's journey to save her child.
When Carly Sears, a young woman widowed by the Vietnam war, receives the news that her unborn baby girl has a heart defect, she is devastated. It is 1970, and she is told that nothing can be done to help her child. But her brother-in-law, a physicist with a mysterious past, tells her that perhaps there is a way to save her baby. What he suggests is something that will shatter every preconceived notion that Carly has. Something that will require a kind of strength and courage she never knew existed. Something that will mean an unimaginable leap of faith on Carly's part.
And all for the love of her unborn child.
The Dream Daughter is a rich, genre-spanning, breathtaking novel about one mother's quest to save her child, unite her family, and believe in the unbelievable. Diane Chamberlain pushes the boundaries of faith and science to deliver a novel that you will never forget.
Praise for The Dream Daughter:

"Chamberlain writes with supernatural gifts...fate, destiny, chance and hope combine for a heady and breathless wonder of a read." —Pam Jenoff, New York Times bestselling author of The Orphan's Tale
"Can a story be both mind-bending and heartfelt? In Diane Chamberlain’s hands, it can. The Dream Daughter will hold readers in anxious suspense until the last satisfying page." —Therese Fowler, New York Times bestselling author of Z


Tell us a little bit about yourself, and how you started writing.

My first novel, Private Relations, was published in 1989. My most recent, The Dream Daughter, is my twenty-sixth novel, so I have had a very long and enjoyable career.

Writing started out as my hobby (thirty-five years ago!). After my first few books, I realized it was now work (albeit, work that I love) and I could no longer really consider it a hobby. I became hobby-less at that point. For a number of years I was involved in dog training with my golden retrievers, but once I developed Rheumatoid Arthritis, I had to give that up, so I was hobby-less once more. Then three years ago, I began going to a meet-up group where we play guitars and sing. It’s very casual and tons of fun, so that is now my hobby and I love it.

Not any longer. In the early days, I was also a social worker, first in hospitals and then in private practice. Social work--or really any career in which you work closely with people—gives you a great background for writing fiction as you gain a good understanding of people and what makes them tick. When young people tell me they want to major in creative writing in college, I try to talk them into making that their minor while picking a more people-centric major that will pay the bills while they learn more about human relations while getting their writing career off the ground.

Most definitely Charlotte’s Web. My first-grade teacher read it to us and I suddenly realized a human being could create a story that made me feel various emotions. I knew even at that young age that I wanted to do the same.

My first challenge was that I needed to write on a typewriter back then!  Imagine the pain of changing even one word in a typewritten manuscript! The final draft was 700 terrible pages, but by some miracle, I was able to get an agent. The story was about five adults who lived together at the New Jersey shore. Midway through the story, they turned the house into a halfway house for runaway kids. My agent sent it out for a year but it was rejected over and over again, always with the same advice: lose the kids and focus on the romance between one of the men and women in the house. After all those rejections, I finally took their advice and Private Relations was picked up immediately by a publisher. It went on to win the Rita Award for best single title contemporary of 1989.

I don’t do any marketing myself other than keeping a relationship with my readers through social media, something I enjoy tremendously. I adore my readers! I am fortunate in that my publisher does great marketing for me.

The Dream Daughter is my most recent book. I was thinking back to my days as a social worker in the maternity unit of a hospital, remembering those babies who didn’t survive because of some condition that couldn’t be treated in the early eighties but could be treated today. That prompted the idea for Dream Daughter. What if a pregnant woman in 1970 learns that the baby she’s carrying will definitely die? But then she learns that in 2001, there may be a way to save her baby’s life . . . and there is a way to get there. Would you make that journey to save your child?

A few! Without giving too much away, my protagonist Carly learns that in order to travel to 2001 to save her baby, she must step off something that is at least 16 feet above the ground in the middle of the night. The scene where she first takes this leap of faith will always be one of my favorites.

Just do it. I have the sloppiest first drafts you can imagine, but I know the hardest—and most important—part of writing a novel is simply getting those words down on paper. As my friend, novelist Mary Kay Andrews, says, “You can’t revise what you haven’t written.”

I wanted to write The Dream Daughter for many years but was afraid my readers wouldn’t come along with me into a book that contains time travel. I think I was very wrong, judging from the early reader reviews!  People seem to go into the book with some trepidation but quickly fall in love with the story and the characters. I can’t wait to hear from more readers. I hope they’ll let me know what they think! 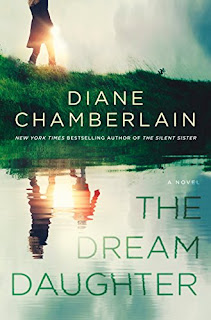 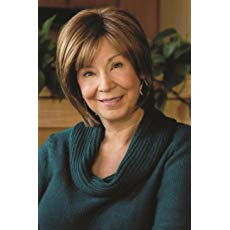