I’m Laura Drake, the Star Award Contest Chair for Women’s Fiction Writers Association (WFWA).
We began this contest to recognize outstanding published Women’s Fiction. The Star Award only has two categories-General and Debut. It’s open to all WF novels from contemporary to historical, commercial to literary, with romance or without, as long as the focus is on the main character’s emotional journey.

I know you usually have one book per post, but you’re in for a treat today, because I have THREE to tell you about! They are the finalists in the General Category. The books are out for final judging, and the winner will be announced at our annual retreat in Albuquerque on September 23.

Here are our finalists (in no particular order):

Clawing chest pains and a fiery car crash take one life and change the destiny of four others. The Stone Necklace braids together the stories of a grieving widow, a struggling nurse, a young mother, and a troubled homeless man, reminding us of the empowering and surprising ways our lives touch one another and how, together, we can recover from even the greatest of losses.

Carla Damron weaves the stories of four people in Columbia, South Carolina, whose seemingly disparate existences intersect through tragedies realized and tragedies averted. Lena Hastings survived breast cancer and marital infidelity but now faces an uncertain future and crises with her teenaged daughter Becca without the support of the one person she has always counted on. Intensive care nurse Sandy Albright, newly released from drug rehab, confronts temptations from her past and false accusations threatening her career, leaving her to wonder if a drug-free life is really living. Tonya Ladson, a mother whose child is injured in the wreck, must decide if her domineering husband is right and a lawsuit will solve their financial problems. Joe Booker, a homeless man who sleeps in a graveyard, loses his gentle benefactor and must either succumb to the real and imagined evils of his world or find the heretofore-untapped courage to care for himself and for others as a stranger once cared for him. Weighted down by their respective pasts, the characters must make life-altering choices that reverberate into the fates of the others, ultimately bringing them together in unexpected but healing acts of compassion, forgiveness, and redemption.

According to Mayan tradition, if you whisper your troubles to the Worry Dolls, they will do the worrying instead of you--therefore, it follows that Worry Dolls are the keepers of a great many secrets . . .

On the eve of the end of the world--according to the Mayan calendar--Mari Guarez Roselli's secrets are being unraveled by her daughter, Lu.

Lu's worry dolls are at-capacity as she tries to outrun the ghosts from her past--including loved ones stolen on 9/11--by traveling through her mother's homeland of Guatemala, to discover the painful reasons behind her own dysfunctional childhood, and why she must trust in the magic of the legend.

Sometimes the only way through darkness is to return to where it began.
Marianne Stokes fled England at seventeen, spiraling into the manic depression that would become her shadow. She left behind secrets, memories, and tragedy: one teen dead, and her first love, Gabriel, badly injured. Three decades later she’s finally found peace in the North Carolina recording studio she runs with her husband, Darius, and her almost-daughter, Jade…until another fatality propels her back across the ocean to confront the long-buried past.
In her picturesque childhood village, the first person she meets is the last person she wants to see again: Gabriel. Now the village vicar, he takes her in without question, and ripples of what if reverberate through both their hearts. As Marianne’s mind unravels, Jade and Darius track her down. Tempers clash when everyone tries to help, but only by finding the courage to face her illness can Marianne heal herself and her offbeat family.
If you like Women’s Fiction, or even if you’ve never read the genre, you can’t go wrong, reading these! 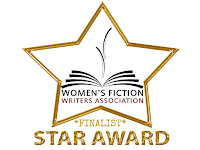