Henrietta Von Harmon works as a 26 girl at a corner bar, Poor Pete’s, on Chicago’s northwest side.  It’s 1935, but things still aren’t looking up since the big crash and her father’s subsequent suicide.  Left to care for her antagonistic mother and younger siblings, Henrietta is persuaded to take a job as a taxi dancer at a local dance hall.  Henrietta is just beginning to enjoy herself, dancing with men for ten cents a dance, when the floor matron suddenly turns up murdered.  The aloof Inspector Clive Howard then appears on the scene, and Henrietta unwittingly finds herself involved in unraveling the mystery when she agrees to go undercover for him.

Even as Henrietta is plunged into Chicago’s grittier underworld, she struggles to still play mother “hen” to her younger siblings and even to the pesky neighborhood boy, Stanley, who believes himself in love with her and continues to pop up in the most unlikely places, determined, ironically, to keep Henrietta safe, even from the Inspector if needs be.  Despite his efforts, however, and his penchant for messing up the Inspector’s investigation, the lovely Henrietta and the impenetrable Inspector find themselves drawn to each other in most unsuitable ways.

A Girl Like You has received two starred reviews from Library Journal and Booklist and placed as a Finalist in Romance in the 2016 Next Gen Awards.  It has also been listed as a top spring read by Your Tango, Popsugar, Culturist, and Buzzfeed and is currently enjoying its second print run.  Book two of the series, A Ring Of Truth, will be released Spring 2017.

Tell us a little bit about yourself, and how you started writing.
I was always trying to write stories as a kid, but they never seemed to pan out.  My favorite thing to do was to try to imitate Louisa May Alcott, but nothing lived up to my expectation, so I decided to try to illustrate her stories instead.   I guess I could endure bad art better than bad writing!
Seriously, though, I spent my high school years wanting to be a writer, but never thought I was good enough, so I pursued science instead.  It wasn’t until I was two years into college that I decided to be true to myself and got a literature degree.  Then I got married and had kids, and writing took a back seat again.  Only recently, really, in 2012 did I decide that the time was now, that I was finally ready to devote a small portion (little did I know that it would grow into a HUGE portion) of my time to try my hand at writing.
I’d like to think that I was merely following the advice of one of my lit professors who instructed us not to even attempt to write a novel until we were at least forty; however, that’s not exactly true, that’s just how it happened.

What are some things you enjoy when not writing?
You mean before the books took over my life?  Well, of course I love reading, but I also enjoy gardening, baking and board games, especially long strategy games.  I also love craft beer!

Do you have a ‘day job’ as well?
My “day job” is being a full-time mom of three kids, though the youngest is ten now, so it’s getting easier.  Now I try to make writing be my day job, and the house/kid manager thing more my evening job.  I start writing/editing/promotional work when they get on the bus at 6:50 am and stop when they get home at 2:20.  Not a lot of time, so I have to make every second count!

Where do you get your ideas?
I used to work in a nursing home about 25 years ago, and I have a huge collection of stories from my time there.  They are the basis of my blog, “Novel Notes of Local Lore,” which is dedicated to Chicago’s forgotten residents.
There was one woman I met there in particular, however, that I used as the basis for Henrietta, the heroine of A Girl Like You.  She was such a lively, spirited person and had such a fascinating story that I took some of the details of her life and wove them into the novel.

Is there a particular author or book that influenced or inspired your writing or decision to write?
My favorite books have always been the classics, which I’ve been reading since I was about ten.  Dickens and Trollope are my ultimate favorites.  It’s funny because rather than inspiring me to write, they actually inspired me NOT to write.  I knew I could never write anything as good as that, so I didn’t bother trying.  It wasn’t until I was about 40-something and I had just had my third child when my brain suddenly fried—as it does—and I decided I needed something lighter to read, something modern.  So after exploring contemporary fiction a bit, I decided that I could probably give it a shot and be half decent!

Can you tell us about your challenges in getting your first book published?
Well, in the style of the great classic authors, my first foray into the publishing world was to write a gigantic novel called Love’s Labor Found, which clocked in at 224,000 words.  Imagine my surprise when not one agent out of the 200 I queried was the slightest bit interested!  Rather than split up my baby into thirds, I decided to write something, well, shorter and more marketable.  And voila—A Girl Like You was born.
Rather than submit this one to agents or the Big 5, both of which I was kind of soured on now, I decided to go down a different path.  I submitted it to a hybrid/indie press, She Writes, and they took it!

If you had to go back and do it all over, is there any aspect of your novel or getting it published that you’d change?
Not really.  I’ve had a great experience with She Writes Press so far.  It is a wonderful community of women who offer a lot of education about the industry and support.  The creative control that the authors have over their work is amazing; it truly is a partnership.   I’ve enjoyed the relationship so much that I just signed the contract with them for Book 2 of the series, A Ring of Truth.

How do you market your work?
I work with a publicist, Crystal Patriarche of Booksparks.  They’ve done fabulous job, I think, in getting my book and my name out there.

What are you working on now?
Currently, I’m working on the edits for A Ring of Truth—the second in the Henrietta and Inspector Howard series, which is due out next April.  I’ve already written Book 3, and I’d like to start writing Book 4 soon; I just need to find some time!  Maybe this Fall I’ll free up a little.  That’s the plan, anyway.

Is anything in your book based on real life experiences?
Well, as I’ve said above, I did base a lot of Henrietta’s story on an 81-year-old woman I met in a nursing home.  Obviously, the book is fictional, especially since it’s a murder mystery, but I used several details from this woman’s life to build the framework of the story.
For example, this woman used to like to follow me around the nursing home and tell me that “once upon a time,” she had had “a man-stopping body and a personality to go with it!”  That cracked me up every time, and I just knew I had to put it into the novel—hence Henrietta’s stunning beauty.  There were other elements as well that I “borrowed,” such as Henrietta’s family history, the burlesque club, and even the side character of Stanley, in a roundabout way.  There’s more, but I don’t want to give too much away!

Do you have a favorite chapter or scene?
I’d have to say that one of my favorite chapters is probably Chapter 7 because it includes all of the key elements:  suspense, humor, romance, intrigue.  Also, several of the plot lines converge here, so it’s very fun and exciting.

Do you have any advice for aspiring writers?
Don’t do it!  No, just kidding.  The only thing I can say is to try to write something that you – not the rest of the world – would enjoy sitting down and reading.  That’s when I think you write the best – as your truest self.

Is there anything you’d like to say to your readers and fans?
I hope you stay with the series.  In my opinion, each book gets better and better.  My favorite—so far!—is Book 3.  So hang in there!

Michelle Cox holds a B.A. in English literature from Mundelein College, Chicago, and is the author of the award-winning, A Girl Like You, the first in the Henrietta and Inspector Howard series.  She is known for her wildly popular blog, “How to Get Your Book Published in 7,000 Easy Steps—A Practical Guide” as well as her charming “Novel Notes of Local Lore,” a blog dedicated to Chicago’s forgotten residents.  Michelle lives with her husband and three children in the Chicago suburbs. 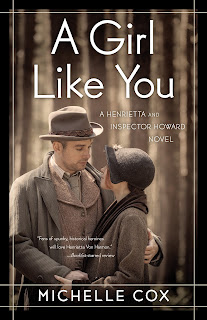 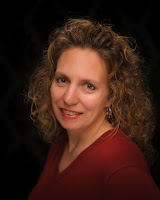