YOU'LL BE THINKING OF ME by author, DENSIE WEBB


Dear reader: If you are interested in receiving emails each time an author posts, fill in your email address on the right side of this blog where it says "follow by email". You'll be notified each time a new author posts!  Jill

A chance encounter with a celebrity, an impromptu video, and a shiny new espresso machine. It all added up to a juicy tale for 24-year-old Rachael Allen to share with friends. But when her best friend posts the video online, bizarre threats, home break-ins, and deadly gifts from an obsessed fan follow close behind.  Mick Sullivan, the star in her video, offers to help and in the process, Rachael discovers that despite his reputation as a player of Olympian caliber, he’s down-to-earth—and emotionally damaged. He has secrets; some he’s shared only with his pseudo best friend. Others he's shared with no one. But there's one secret he’s hidden from himself, washed away by too many beers.  Despite wildly divergent life paths, their shared southern upbringing (and a passion for good music) creates a common thread that draws them together. As the threats escalate, and their relationship deepens, Rachael struggles to accept Mick’s past—and his present. And she is forced to confront her own obsessive love to ultimately decide if being with Mick Sullivan is worth the collateral damage.
YOU'LL BE THINKING OF ME is the story of Rachael's serendipitous encounter with a celebrity, her brush with obsessive love, and the bittersweet gift left behind by the very person fixated on destroying her life.

Tell us a little bit about yourself, and how you started writing.
I see authors all the time, who say they’ve always written stories, starting when they were kids. That wasn’t really me. I actually make my living writing, but it’s writing of a different sort—mostly scientific stuff about health and nutrition. The fiction bug didn’t bite until about 6 or 7 years ago. My debut novel, “You’ll Be Thinking of Me” came out about a year and a half ago and I’m working on two others. I hope to have complete draft of one by the summer and then I’ll pick up where I left off with the second one. Now I can’t see me not writing stories.

What are some things you enjoy when not writing?
Movies and music. I always have music running in the background. Popular and alternative when I’m walking or writing stories, classical when I’m working on my day job, which requires an excess of concentration. I love movies, good and bad, studying all the different approaches to storytelling. I’ll watch almost anything except slasher movies. And, of course, I read. You can’t be a writer, if you’re not a reader.

Where do you get your ideas?
Everywhere. Reading stuff on the internet, newspaper articles, YouTube videos, overheard conversations, talking to strangers. I’ve gotten some really good stuff from my kids, both of whom are in their twenties now—the age many of my characters tend to be. And, my own life, of course. Just listen and take notes. Always take notes. There’s a line I’ve seen countless time “The biggest lie I tell myself is that I’ll remember that.” I nod vigorously each time I read it.

Is there a particular author or book that influenced or inspired your writing or decision to write?
There are several writers that I love to read, but I’m not sure they inspired me to write. I never really thought I could do it. My need to write sort of bubbled up of it’s own accord and, of course, with huge encouragement from a long-time friend. Wouldn’t be doing this if it weren’t for all my awesome women friends.

Can you tell us about your challenges in getting your first book published?
Does any author not have challenges getting published? I spent about 5 years give or take, writing, editing, taking pages to critique group, revising. I began querying and didn’t get much interest. That’s when I submitted it to a developmental editor, and there was more editing, moving things around, deleting scenes. And I wrote maybe 100 different versions of the query letter (I’m not exaggerating) until I finally felt like it was where it should be, Then, I began querying. I got several requests for partials and fulls, some positive feedback and one near miss. I decided to submit to small publishers that accept manuscripts directly. It didn’t take long. And as soon as I signed a contract with my current publisher, I received an email from another publisher, expressing interest. The book came out as an ebook first and a paperback about 9 months later. The audiobook rights are mine, so I worked with acx.com to get the audiobook produced. The whole process was faster than going through an agent and one of the big five publishers, but slower than self-publishing.

If you had to do it all over, is there any aspect of your novel or getting it published that you’d change?
It was all a part of the learning curve. I actually like the story in my novel very much. Unless I could somehow begin where I am now in terms of knowing about writing, storytelling and the querying process, I can’t really think of anything I would do differently.

How do you market your work?
I’ve done a bit of everything, except live events. Facebook ads, Twitter, guest blog posts, magazine ads, contests, giveaways, posting on other Facebook groups, online book launch party. I’m thinking of diving into Instagram next.

What are you working on now?
I’m currently working on a paranormal romance, which is anchored in reality, as much as these things can be. No underworld lords, werewolves or demons. And I’m about 30,000 words into a women’s fiction WIP—a family drama, which I’m really excited about.

Is anything in your book based on real life experiences?
“You’ll Be Thinking of Me” is about a chance encounter with a celebrity and a celebrity stalker that turns lives upside down. I’ve never met a celebrity, much less had a relationship with one. Never even been on a movie set. Never had an alcoholic in my family. I did, however, live in Brooklyn for years (where my main character lives) and I was born in Louisiana (where my characters are from). There are things that characters say that come from my life, but there’s not a thread of truth in the story itself. After reading the book, a friend of mine asked, “Are you leading some sort of secret life I don’t know about?” I took that as a compliment.

Do you have a favorite chapter or scene?
That’s a tough one, but I think it’s the introduction of the celebrity’s mother. Her character is an amalgam of people I knew growing up in Louisiana. I’ve had readers tell me how much they liked her character. I have a soft spot for her.

Do you have any advice for aspiring writers?
It’s been said so many times, but never give up. Writing a first draft is actually a small part of the whole process. You have to really, really, really want to do this. It can be frustrating, soul destroying, tedious. You can only get to the good parts if you’re willing to deal with the hard parts. I’ve seen too many people give up when they realize how much dedication, perseverance and hard work it really takes.

What are the downfalls of your writing career? The best parts?
For me, it’s time. I work full time and it’s hard to find the time to write, when my brain isn’t drained from my day job. I’d have to say the best part is the absolutely amazing group of writers, who offer advice, council, sympathy, congratulations. I can’t think of any other profession where it truly feels like “we’re all in this together.”

Is there anything you’d like to say to your readers and fans?
This is not just for me, but for any author whose work you enjoy—write a review, recommend it to a friend, ask the library to order it, suggest it for your book club. It’s the only way to spread the word and give the author the opportunity to keep writing the next story. 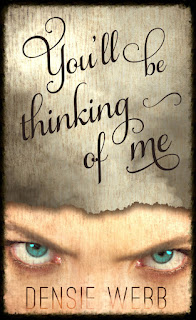 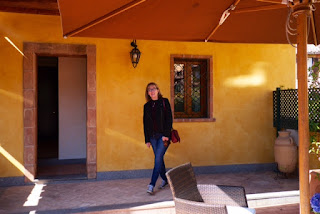