An examination of forgiveness in the aftermath of a fatal texting and driving accident.

Liz Johnson single-handedly raised an exemplary daughter—honor student, track star, and all-around good kid—despite the disapproval of her father and her small town. How could that same teenager be responsible for the death of the high school’s beloved football coach? This is Texas, where high school football ranks right up there with God, so while the legal battle wages, the public deals its own verdict.

Desperate for help, Liz turns to a lawyer whose affection she long ago rejected and attempts to play nice with her ex-husband, while her daughter struggles with guilt and her own demons as she faces the consequences of an accident she doesn’t remember.

Can one careless decision alter a lifetime? A tragic, emotional, ultimately uplifting story, BLIND TURN could be anyone’s story.

One of the few books in recent memory I was completely unable to put down, yet still wished I could read more slowly so it would never end. Achterberg writes with a seamless combination of aching sensitivity and a page-turning urgency. Easily one of the best books of any genre I’ve read this entire year. -C.H. Armstrong, author of The Edge of Nowhere

From its life-shattering opening on, pages will seemingly turn themselves as you seek resolution for this novel’s imperfect yet courageous characters, and for one eye-opening reason: these events could have happened to any of us. An important story about how taking responsibility for our actions—even if accidental—can turn a nightmare into rays of hope. —Kathryn Craft, award-winning author of The Far End of Happy

When the unthinkable happens, mother and daughter are forced to look deep within themselves for the truth. Achterberg takes you for a ride that you won’t forget. I loved this book. - Barbara Conrey Author of Nowhere Near Goodbye

My husband and I (and our menagerie) live on a small hillside farm in Pennsylvania, but hope to relocate to the mountains of Virginia very soon. Our nest is nearly empty (if not for the pandemic which brought all the chicks back home) except for our dogs, cats, chickens, horses, and a constant stream of foster dogs, and now—foster kittens!

I can’t remember a time when I wasn’t writing. I recently discovered a journal from when I was eight years old and reading my angst at the death of our family beagle brought all of it back. That’s probably the best explanation for why I write—it brings meaning, memory, and depth to my life. Those are selfish reasons, but I also write because I want to touch other lives. There is no greater compliment then when someone tells me that my words made them think, laugh, cry, or wonder.

My day job is being a shelter dog advocate. I am the co-founder of Who Will Let the Dogs Out, a nonprofit initiative whose mission is to raise awareness and resources for shelter dogs. I write freelance articles, two blogs, and have written two books about the plight of homeless animals in the southern United States. I’ve fostered over 180 animals and traveled to nearly fifty shelters, dog pounds, and rescues in seven states. The pandemic has made this work even more challenging, but it’s also highlighted that the problem is fixable if more people chose to rescue and adopt, as they did during the spring.

Gosh, that’s a hard question. So many authors have influenced me—John Irving, Barbara Kingsolver, Kate Braestrup, Michael Perry, Anne Patchett, Anita Shreve, gosh, there are likely hundreds. The book that made me finally take the leap and start putting my writing out into the world, though, was The Right to Write by Julia Cameron. That book is so full of inspiration and motivation it literally compelled me to share my words.

They are the same challenges in getting every book published—getting someone to pay attention. We are all so inundated with media and stories and words, words, words. First the challenge was to get an agent to pay attention, then a publisher, and now, readers. It’s unending and only getting harder, but as I tell my creative writing students – it all comes down to how bad to you want it. Are you willing to eat the ‘s*#t sandwich’ (as Elizabeth Gilbert so delicately puts it) it takes to get published? If it were easy and all butterflies and unicorns, everyone would do it. I do think it was easier once upon a time, but we live now and not then.

This book, in particular, has had a long and winding road to publication. It’s the book that landed my agent and was written before any of my other books were published. It had so many almost-deals I began to believe it was cursed, but decided instead to believe it was following the path it was meant to take. I rewrote it at least four times – changing point of views, tenses, and even genres (once). But I believe in this story and its message and I love the characters. I had to see it out into the world, so I took a leap of faith and queried smaller publishers on my own without my agent (but with her blessing), and if finally found a publishing home with Black Rose.

Person by person. I don’t have a publicist for Blind Turn because it is coming out with an independent press, so as you know, the author has to be her own publicist. When I realized the publication date for Blind Turn was only five months after the date for my latest ‘dogoir’ (One Hundred Dogs & Counting: One Woman, Ten Thousand Miles, and a Journey Into the Heart of Shelters and Rescues, Pegasus Books, 2020), I knew I needed a plan. I printed out a map of the US and began searching for at least one reviewer in every state. I color the states in as I find them. That’s just a visual to keep me going.

I’m also doing weekly LIVES on Facebook and giving away a book every week (a copy of another of my novels) to try re-engage with my fiction audience. I’ve networked with other authors for blurbs, early reviews, and advice. Beyond that, I’m searching for opportunities with bloggers, podcasters, and pretty much anyone with a platform, plus using Net Galley and Book Sirens. But I do believe it comes down to reaching readers one at a time with a compelling, well-told story.

I’m actually taking a little breather from books and working on a film project for Who Will Let the Dogs Out that will highlight the people, dogs, and conditions in the Tennessee dog pound system. I’m also working on building a new business with my husband. We are creating dog-friendly rental houses (and writing retreats!) in the mountains of Virginia. We have our first one up and running—Chateau Frankie in Bentonville, VA.

What was the most unique research you had to do for a book?

For my novel, Practicing Normal, I had to learn how to break into houses. I was amazed how easy it is to bypass security systems, pick locks, and how just paying attention can make it very easy to know how to get into someone’s house. I also had to do a lot of research about Asperger’s Syndrome for that book and that was simply fascinating. It made me believe that we are all ‘on the spectrum.’

Try not to prove anything—just write straight from the heart and be brave. The more vulnerable and honest and raw and real you can be, the more you will touch the hearts of readers. And write what you believe, not what you think will sell books. Also, remember that other authors are not your competition, they are your peers, your teammates, and your best allies—treat them as such.

Thank you for reading and for sharing the books you love. No very many authors are getting rich, so it’s the readers and their enthusiasm and support that keeps so many of us writing. Your review, your support, YOU matter more than you’ll even realize.

To connect with Cara:

Cara Sue Achterberg is the author of four novels, two memoirs, one work of non-fiction, and multiple blogs. She is the cofounder of Who Will Let the Dogs Out, a nonprofit initiative to raise awareness and resources for shelter dogs. Cara currently lives in New Freedom, Pennsylvania, and Bentonville, Virginia with her husband and far too many animals. 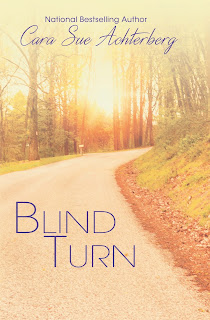 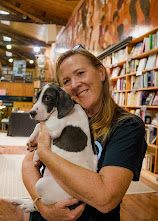